In this article, you will get all the information regarding The Chirori is a compact traditional Japanese cooking hearth for your modern home 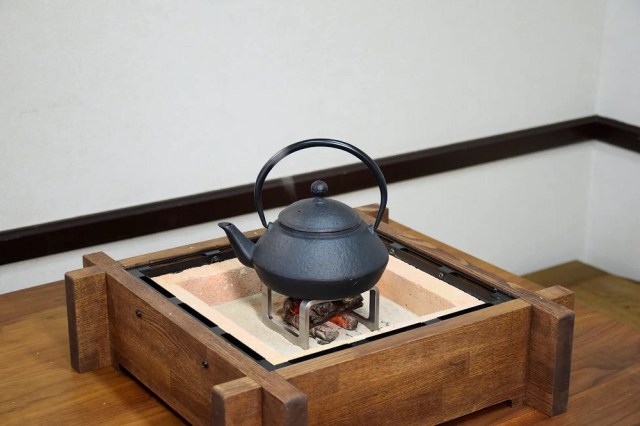 A very cool way to add some old-school Japanese warmth to a modern meal.

Back in the old days, it was common for Japanese homes to have a square hearth set into the floor called an irori. The irori was used for cooking the family’s meals, and its embers would also warm the diners as they sat around it and ate.

Irori are still loved for their classical aesthetics and nostalgic atmosphere, but they’re far from common in the modern era. Gas or electric ranges, plug-in rice cookers, and microwaves are the norm now, both for their day-to-day convenience and because the vast majority of modern home owners don’t have enough floor space for a full-size irori.

But a more compact irori for special occasions is something a lot of people would like to have, and it turns out that that’s an option.

Irori Honpo is a company that makes irori, mainly for restaurants, inns, and countryside homes. They also, though, make the Chirori, a 45-centimeter (17.7-inch) square irori that can be picked up and placed wherever you want to use it, then put away when you’re done cooking.

The Chirori comes with a supply of ceramic ash to fill the hearth with, and used in conjunction with charcoal allows you to cook in the traditional style.

Special attachments allow you configure it for grilling or cooking kushiyaki skewers.

To be clear, this isn’t an imitation irori, but merely a scaled down one, using the same fundamental design as Irori Honpo’s full-size hearths.

Naturally, you’ll want to use the Chirori in a well-ventilated area, but its compact dimensions make it a viable option for cooking in your garden or on outdoor excursions, and the prospect of enjoying freshly made hot pot in the crisp autumn air, while lingering around the embers, makes it especially appealing at this time of year.

The Chirori is priced at 48,400 yen (US$330) and can be purchased through Irori Honpo’s online store here.