Who is Jonar Vilagonzalo? Suspect behind the killing of 19 year old Alvin Sinco – DeathInTown

In this article, you will get all the information regarding Who is Jonar Vilagonzalo? Suspect behind the killing of 19 year old Alvin Sinco 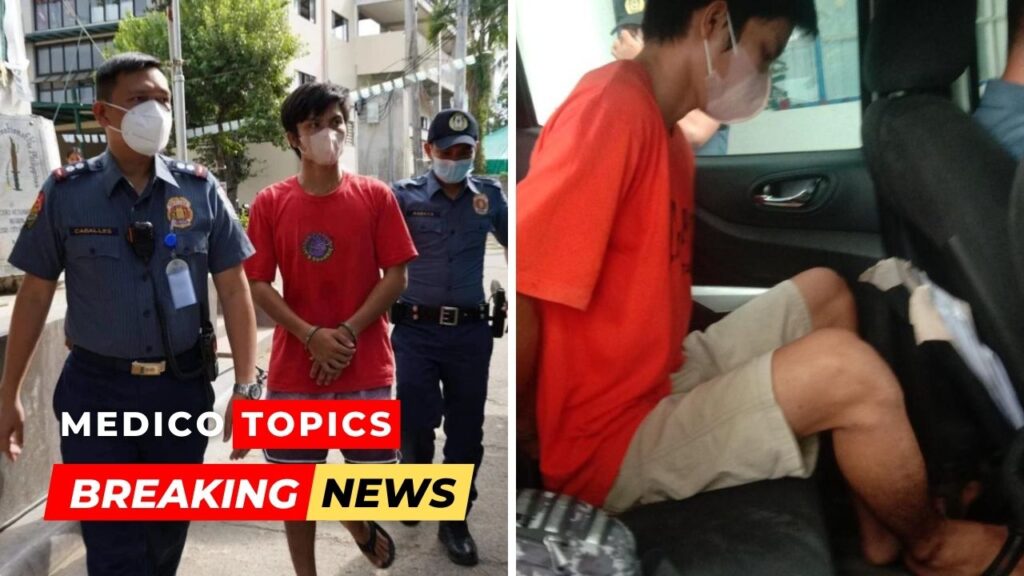 How did Alvin Sinco die?

The victim in the Tabunok shooting was identified as Alvin Sinco, a native of the northern Cebu town of Tuburan. Lieutenant Colonel Randy Caballes, the chief of the Talisay City Police Station said that Sinco works as a rice vendor in a shop in the marketplace. Caballes claims that there have been reports that the incident may have been started by a love triangle. They haven’t confirmed this, though, the investigation is still going on.

The suspect, who was seen escaping the crime scene in CCTV footage, was then captured and arrested then. In the CCTV footage, a victim who suffered a gunshot was sitting on the sidewalk of the store and then collapsed. While the other footage shows the suspect running to the road and escaping the scene.

As per the police report, a bystander had complained about the gunshot to the Police department at 12:13 p.m., according to the initial investigation. When they got to the store, Sinco, who worked there, was already sitting on the stairs with the gunshot injury on his chest. He was hit hard by a bullet to the left side of his chest and back.

Sinco was immediately taken to a neighboring hospital for emergency medical care, but the hospital instantly pronounced him dead. According to Thelma Enriquez, the owner of the store, the victim had no known adversaries with regard to his job, to her knowledge.

On October 20 at a press conference, local police in this area revealed the suspect, Jonar Vilagonzalo. Vilagonzalo was charged with shooting 19-year-old Alvin Sinco resulting in death. On Wednesday, October 19, in the nearby town of Minglanilla, the suspect Jonar Vilagonzalo surrendered himself to the police.

Jonar Vilagonzalo had been hiding in Minglanilla after the crime, according to Talisay City Police Station Chief Police Lieutenant Colonel Randy Caballes. Caballes informed reporters in Cebuano, “The suspect also admitted that he did it.” The police chief claimed that Villagonzalo’s decision to shoot Sinco was motivated by jealousy.

They learned that both the victim and the suspect knew one other and that the victim had been dating the suspect’s ex-girlfriend.

How did the police arrest Jonar Vilagonzalo?

Caballes stated, “But the suspect has not given extra information as to why he committed such acts. After finding Vilagonzalo’s relatives and requesting their assistance, the police thanked them for helping with the investigation.

“They were able to persuade the suspect to surrender despite his shock and disbelief upon learning of his involvement,” Caballes said.

The suspect’s father allegedly notified arresting officials that the culprit was hiding at Brgy. Tungkil in Minglanilla after the suspect consented to turn himself into the authorities. At this time, Vilagonzalo is being held at the Talisay City Police Station. Police have also seized the murder weapon, which was in the suspect’s sight before the killing.

Jonar Vilagonzalo, a local of the northern Cebu town of Tuburan, was discovered to have a violent past. He murdered his ex’s boyfriend, Alvin Sinco in jealousy. He shot Alvin in the chest with the gun. He got the gun from his friend.

Police stated that he got the gun from a colleague, but Caballes claimed they were still looking into it. The Talisay City Police Station received praise for the “quick resolution” of the murder case from Talisay City Mayor Samsam Gullas. Additionally, the police warned criminals. All criminals who intend to cause problems in our cherished city should take note of Jonar’s arrest. He said on his Facebook post, ”  Ayaw intawn ninyo suwayi ang abilidad sa atong kapulisan,”

Who is Chidinma Ojukwu? Suspect in killing of TV CEO Micheal Ataga

How did Wayne Brown Jr die? Firefighter cause of death Explained

Who is Jonar Vilagonzalo? Suspect behind the killing of 19 year old Alvin Sinco