In this article, you will get all the information regarding Why did ITV political editor Robert Peston drop C bomb on live? Explained 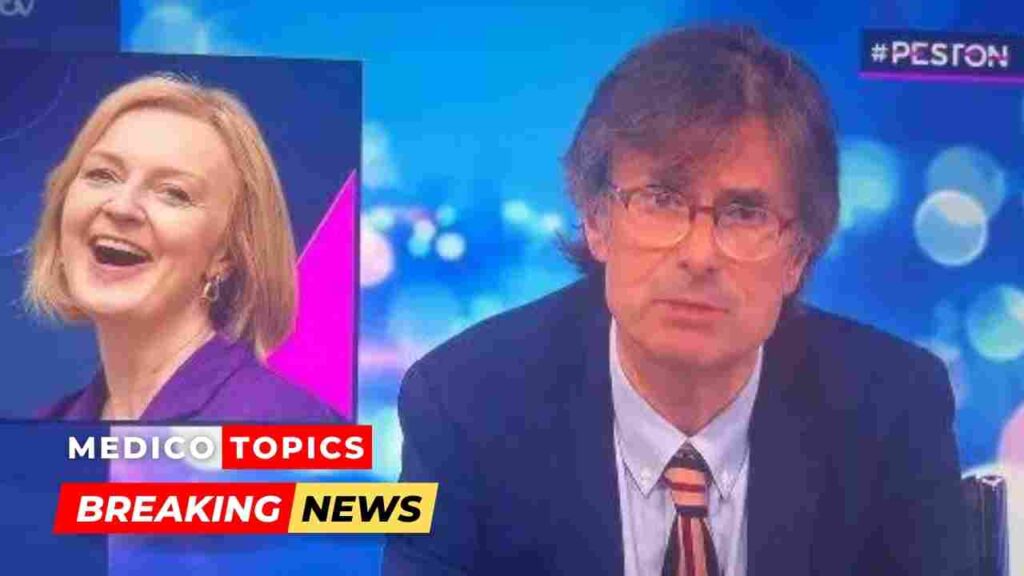 When Peston made the error, he was discussing the turbulent events that occurred in parliament on Wednesday.

When the presenter used the wrong words, he was talking about the proposed cuts in public spending by the next chancellor.

He said: “That means the hole in the public finances is greater than it would have been, and Jeremy C**- *’s Hunt’s – cuts will be more severe.” in the ITV show footage from Wednesday night.

When Peston realized he had made the tragic error, a sardonic smile appeared on his face. Twitter picked up on the presenter’s error quite quickly.

One Twitter user said, “Another broadcaster manages to utter ‘Jeremy C***’ on air.”

Another questioned, “How does this keep happening?

A third person remarked, “I’m starting to think that these news readers are deliberately doing it.”

Hunt was not the first MP to use the word “c***” on the broadcast; Krishnan Guru-Murthy of Channel 4 also used it while using a hot mike outside Downing Street.

After their conversation finished with Mr. Guru-Murthy exclaiming, “such a c***,” on a live feed, the host “unreservedly apologized” to Steve Baker MP on Twitter.

The former BBC journalist is not the first to mispronounce Jeremy Hunt’s name while speaking live.

While addressing a mutiny against then-Prime Minister Boris Johnson in June of this year, Sky News host Sophy Ridge unintentionally referred to the MP as “Jeremy C***.”

The seasoned broadcaster stated: “Two figures who are significant – Jeremy C***, because he’s the possible leadership candidate, and Jesse Norman, because he’s worked with Boris Johnson for quite a while, and yet that was an eviscerating letter he published explaining why he’s not going to be voting in favor of his leadership.”

She continued flawlessly into an interview with political reporter Ali Fortescue without seeming to notice the mistake. Jeremy Hunt gave broadcasters the “grow up” speech in 2019 in reaction to the ongoing mistakes involving his name.

Since Tory MP Vicky Ford branded him “Jeremy C***” during an interview on BBC Radio 5 Live, he hasn’t been safe from his parliamentary colleagues making the same X-rated error.

I’m used to it, Hunt stated in a Brexit Podcast interview with Chopper. This was something I had in school. My personal opinion is that people need to mature and stop caring because my last name rhymes with a bad term. The BBC, which turns 100 this month, has a history of spelling Hunt’s name incorrectly. Jim Naughtie of Radio 4 was mistaken in 2010, while Justin Webb of the Beeb was mistaken in 2018.

In addition to Vicky Ford’s error in June 2019, hosts of BBC Radio 5 Nicky Campbell and Victoria Derbyshire also made mistakes by disparaging the then-Foreign Secretary in separate episodes.

Robert James Kenneth Peston is an English journalist, broadcaster, and author who was born on April 25, 1960. He is ITV News’ political editor and the anchor of Peston, a weekly political discussion program (previously Peston on Sunday).

He served as BBC News’ business editor from 2006 to 2014 and its economics editor from 2014 to 2015. His coverage of the financial crisis in the late 2000s, particularly his inside knowledge of the Northern Rock disaster, helped him become well-known to a larger audience. He established the educational nonprofit Speakers for Schools.

On radio and television news, Peston’s delivery has drawn criticism. In 2008, Tim Teeman of The Times called Peston’s “intonation” “raggedy [and] querulous,” while in 2009, Ann Treneman called him “excruciatingly hard to listen to.”

In The Daily Telegraph, Elizabeth Grice noted his “strangulated diction” and “repetition of minor phrases,” while Peston himself acknowledged that he is “still not as polished as some” despite being “loads better than [he] was” in the piece. Impressionist Rory Bremner has noted his distinctive gestures.

for latest news and notifications.